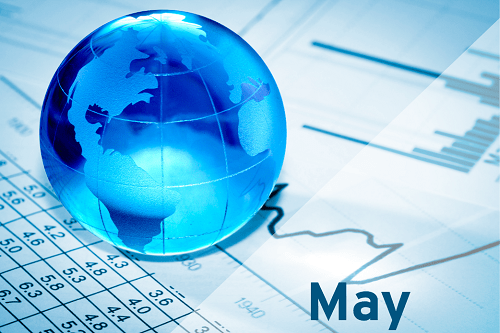 In April, the U.S. equity markets maintained momentum following the strongest first quarter performance in twenty-one years and sent several major equity indices to fresh record highs. The S&P 500 rose nearly 4.00% in April following a 13.00% gain in the first quarter. For the year to date, risk assets have been supported by a generally favorable domestic macroeconomic backdrop, an encouraging start to the corporate earnings season, and the Federal Reserve’s dovish pivot helped to quell investor concerns of a potential monetary policy overshoot. 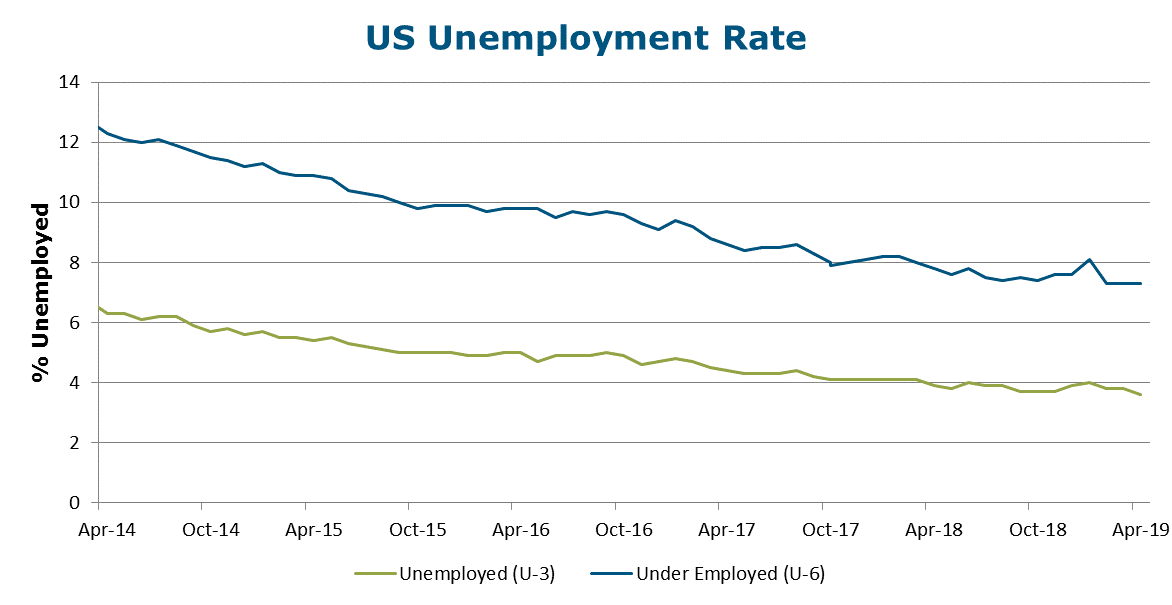 Global economic growth remains positive but has become increasingly uneven as elevated trade tensions and slowing growth in China have weighed on the industrial sectors in Europe and other export-driven economies. While recent Chinese policy stimulus has shown some signs of stabilizing these trajectories, the U.S. economy is exhibiting familiar late-cycle indicators and is now in its 118th month of expansion, the second longest expansion since 1854 according to data from the National Bureau of Economic Research. First quarter U.S. GDP growth expanded at a 3.20% annualized pace, surpassing expectations for 2.50% growth. However, outsized contributions from inventory accumulation and net exports are likely unsustainable and suggest some payback is likely in the second quarter.

Inflation fears have receded, generally in support of the Fed’s patient approach to policy normalization and recent dovish pivot. The Fed’s preferred measure of inflation (core PCE) has risen just 1.60% over the past year and remains well below the Fed’s 2.00% target. Treasury yields continued to trend modestly lower over the period with prices supported by still-benign inflation, a dramatic shift in Fed expectations, and lingering concerns regarding the impact of ongoing U.S./China trade tensions on expectations for global growth. Pricing in the Fed fund futures markets continues to reflect no expectation of additional rate hikes, and the implied probability of a December 2019 rate cut has risen to nearly 59%.