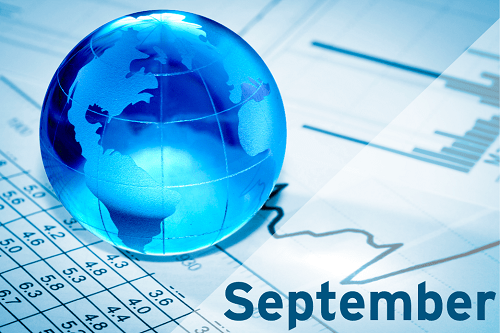 At present, uncertainty seems to be the only consistent theme for economic and market prognosticators. Will the Fed continue its recent trend and lower rates for the third time this year? When will the current economic expansion, currently the longest in U.S. history, come to an end? Although the data remains fairly strong, business operators and investors are increasingly skittish due to fear of negative surprises, unexpected government actions, and Presidential tweets. Sentiment is trumping fundamentals (pun intended).

One example is the recent Institute for Supply Management (ISM) Purchasing Managers’ Index (PMI) report that posted a reading of 49.1 for August. If the measure is 50 or above, the manufacturing sector is said to be in expansion with below 50 suggesting contraction. This is the first reading below 50 under the current administration, and it was announced two days after a pronounced escalation of the U.S.-China trade war. The reading contributed to a 1.1% decline on the Dow Jones Industrial that day. 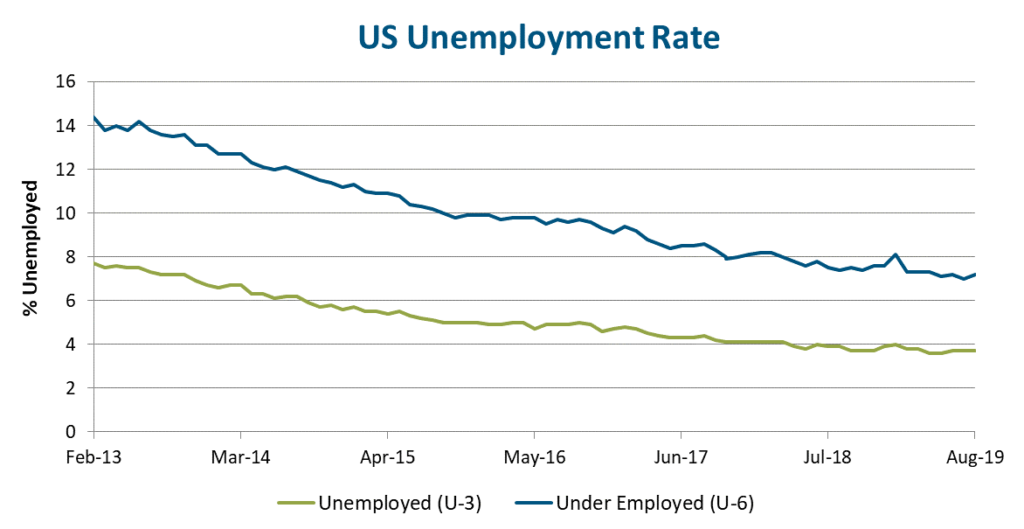 Within this climate, negative sentiment is turning fear into reality. According to the University of Michigan’s August survey of consumer sentiment, which fell to its lowest level since fall of 2016, 33% of respondents mentioned that the U.S.-China trade war and tariffs are negatively impacting their views. Whether this is perception or reality is irrelevant; consumer spending drives approximately 70% growth in GDP so any concern will eventually be felt throughout the economy.

Despite uncertainty in the economy, the Fed will remain data-dependent and focus on its dual mandates of full employment and stable prices. Unemployment is currently at 3.7%, the lowest level since December of 1969. Inflation (as measured by core PCE) grew 1.6% year-over-year, well below the Fed’s 2% target. Under the scope of offsetting data, the recent announcement of a second 25-basis point cut in the Fed Funds Rate shows the desire of the FOMC to continue to provide support to the U.S. economy. The real question lies in if these and potential future actions can offset the increasingly dour sentiment that will eventually flow into the data thereby turning perception into reality.